Darnell Turner was derailed not because he couldn’t succeed in life, but because he did not fit into the cookie cutter Public Education System.  As Darnelle said,   “When I was in high school, I didn’t fair well with the classroom setting at that point. My main focus was on football, girls, and my part-time job”.  During our conversation, Darnell spoke candidly about his high school experience. “In class, the other students seemingly learned the material being taught right away while making A’s and B’s and I wasn’t. I began to self assess and I convinced myself that I had a learning disability. I didn’t realize it then, but my confidence took a hit”.  Darnell did not receive his high school diploma from Peabody High School but, 6 years later, he would receive it after much hard work from the Penn Foster Online High School.

Darnell pursued many other venues to receive his diploma which were all dead-ends.   He attended alternative high school diploma programs but found himself in a classroom with 20 teenagers between the ages of 15-17 and that setting didn’t work well for him. He then began to pursue his GED, where he was easily able to locate testing centers but not up-to-date resources to help him properly prepare for the test in a confident manner. During this process, Darnell was re-introduced to Penn Foster’s High School Diploma Program, through Earthen Vessels Outreach. During previous years, Darnell had called to obtain information about the program but was met with doubt.   This time was different, as he had an advocate at EVO helping him through the process.

It took 4.5 months for Darnell to complete his diploma with PF. It was hard. It required determination, focus and time management.   Darnell proved to himself that he possessed all this and more as he juggled school & work among other things. Darnell says, “I enjoyed the experience because I was able to set my own pace, complete the assignments and didn’t feel like I was competing with others. Penn Foster’s program was designed to allow any individual to be successful if they persevere and stay focused.”

Now entering his 2nd Semester at CCAC, Darnell is more determined to fulfill goals that were placed on a shelf so long ago. During the enrollment period at CCAC, Darnell scored proficient or better on his placement testing which helped him to realize his ability to learn and retain information learned. Darnell plans to obtain his Associated Degree from CCAC and transfer to Howard University in Washington D.C.

Darnell wants others to know who have a similar story that “it’s never too late to reach that dream of pursuing your goals and changing the world” no matter how long it’s been on pause”.   EVO is a place that can support you in your high school literacy journey, as you take the courageous step forward into those shattered dreams that are meant to be a reality through God’s Calling.

You need to be a member of Earthen Vessels Outreach to add comments! 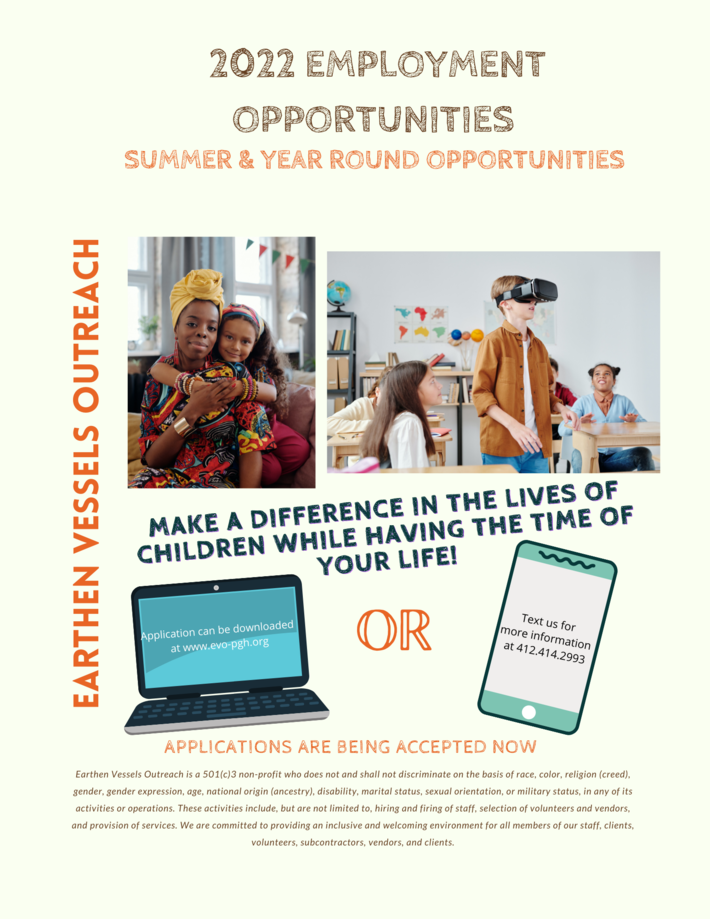